Works to transform the heart of Banchory, Scott Skinner Square, into a more comfortable and pleasing place to visit will begin next week. Duo Al MacInnes and Fin Macrae who make up DUFI Art were commissioned by Aberdeenshire Council to create a range of design concepts to improve the square. The design they produced is inspired by the musical score of Scott Skinner’s famous song ‘Bonnie Banchory’. The artworks are currently being produced off site but work to install them in the Square will start on 25th May 2015. The site works are planned to last for approximately 12 weeks and  the works area will be fenced off throughout. It is hoped that disturbance to local residents and businesses during the site works will be kept to a minimum. Local residents and businesses who may be affected by the works, have been informed by Aberdeenshire Council and Bancon  about access restrictions, dates of road closures and alternative parking arrangements.  The square will be open at all times to pedestrians although alternative routes will need to be used at times. 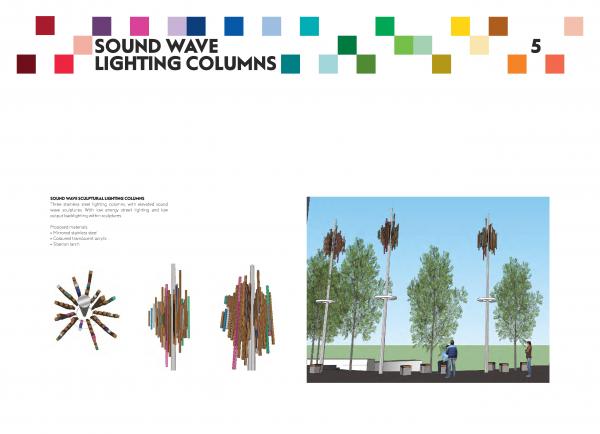 The design includes a new open seating plan incorporating two benches, 15 seats and a table which will allow groups and individuals to use the space simultaneously; three stainless steel lighting columns with elevated sound-wave sculptures; and bespoke cast block paving with text inserts at the main entrances to the Square.  In addition to this, the paving in the Square will be improved where necessary, additional planters will be incorporated into the space and the landscape planting will be upgraded.

Other aspects of the project have already been delivered. In October 2014, six murals were created on a number of routes within the town to improve the journey to the square. A Banchory Brand was also created which can be used by businesses and community groups. Information about the murals and the Banchory Brand is available on the VisitBanchory web site.

The designs were developed following wide community consultation in 2013. The artists held four drop in studios and spoke to many community groups as well as holding a hog roast in the square. The original proposals were first presented to the community in the Town Hall from 16th to 18th January 2014 and most recently in the Library for one week in early April 2015. 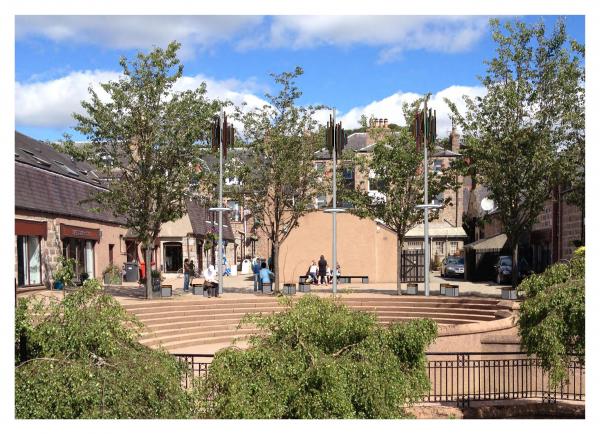 Throughout the project, the Aberdeenshire Council Marr Area Office has worked in close collaboration with the Town Centre Improvement Group, which is made up of representatives from the Community Council, Business Association, Banchory and District Initiative, Woodend Barn, Aberdeenshire Councillors and Council officers. All designs and proposals have been approved by the group in order to ensure that the plans are supported locally. In April 2015, a new design for a gateway artwork at the High Street entrance to Scott Skinner Square was presented to the community, including consultation with pupils at local schools. Feedback received from this consultation was mixed and therefore the Town Centre Improvement Group recently decided to not proceed with this aspect of the project. The existing sign will be removed as part of the works and the group will consider alternative methods of leading people to the square as part of a wider signage strategy for the town. 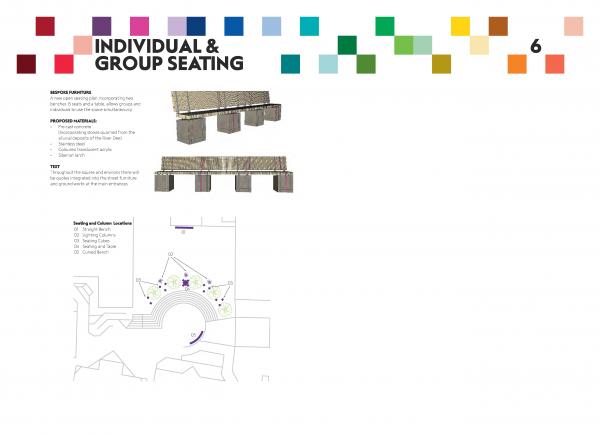