Salmon can be seen leaping up the apparently unscalable rocks, amidst an often raging torrent, compelled by instinct to return to their spawning grounds further up the river. The best times are September to November (winter run) and February to March (spring run). 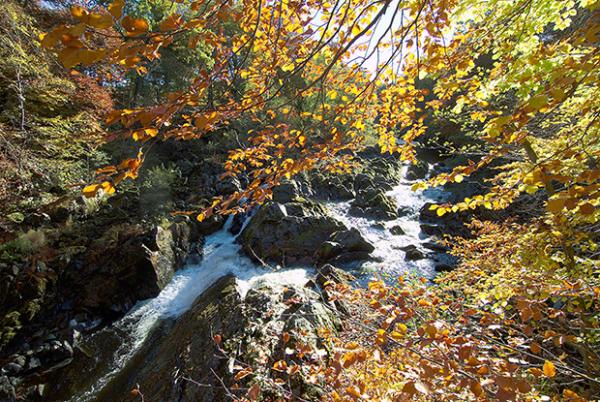 In the 1800s turnpike roads were constructed throughout Scotland and travellers were charged for their use of the roads. The toll houses were built with windows facing both ways along the road to catch passing travellers. There is a fine example of a former toll house at the Bridge of Feugh. In front of the Toll House you can see an old mile marker showing the number of miles to Aberdeen

There is a free car park close by with the Falls of Feugh Restaurant opposite.