King George V Park - The heart of the village

In 1930's the King George V Park was donated to the people of Banchory. The park was managed by the Banchory Ternan Burgh Council

In 1998 a group was formed to develop facilities in the KGV Park Banchory.

In 2000 KGV2000 was formed. The group raised funds to construct a new playpark in the Town Centre now in Bellfield Park. 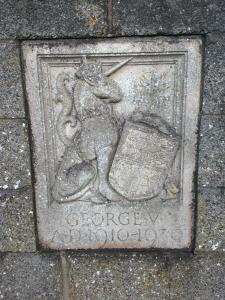 a temporary pavilion was constructed to provide changing facilities for football teams.

In 2012 the group became King George V Community Projects (SCIO). With charitable status the group can now pursue the vision of a Community Hub.

In 2014 Banchory Boys Club will construct a new changing pavilion in KGV Park.

In 2014 KGVCP was given permission to create new playing field donated by the Gray Family.